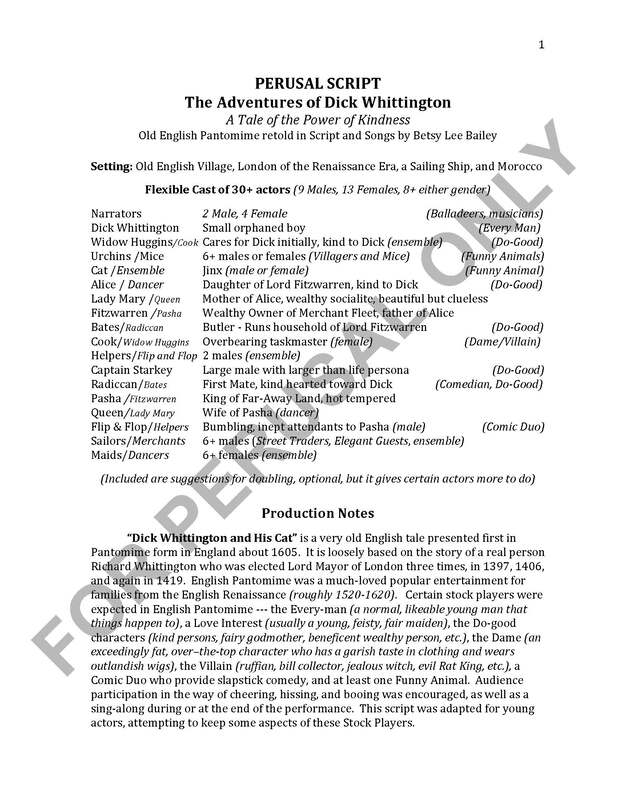 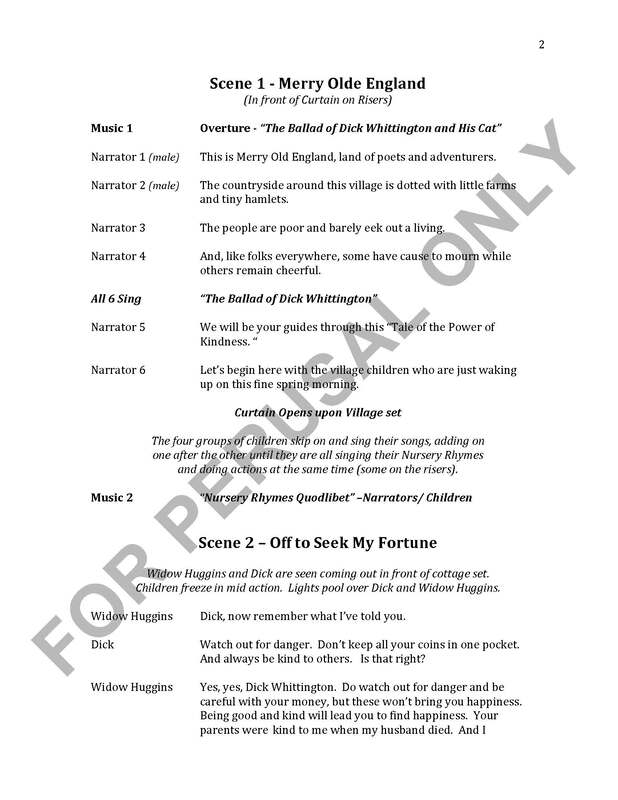 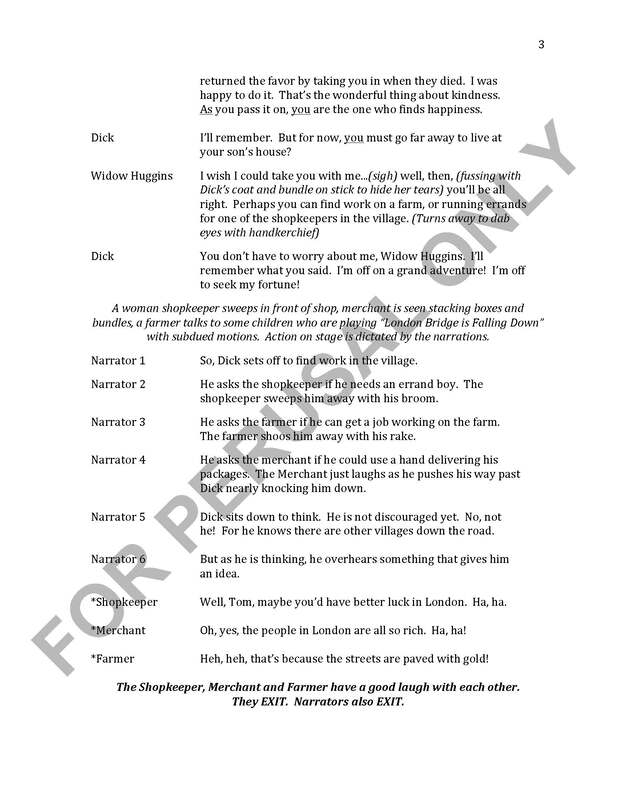 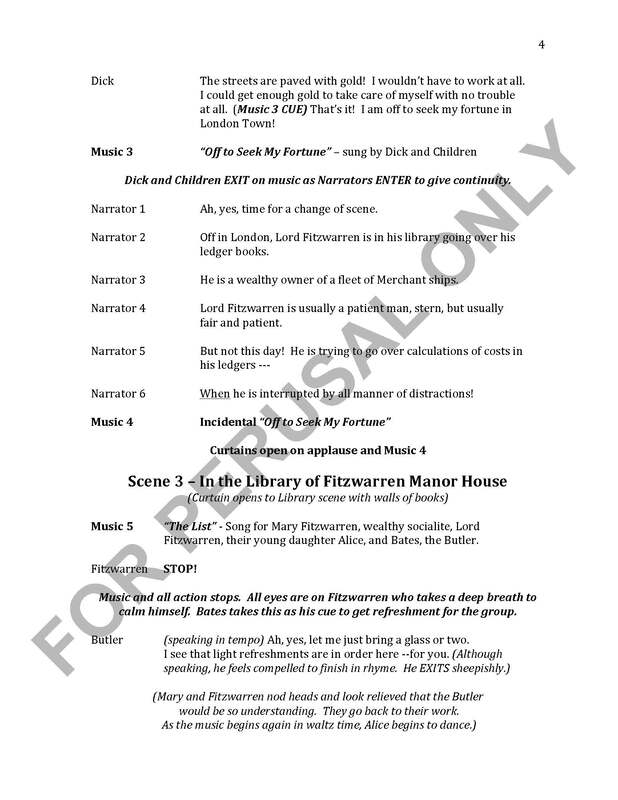 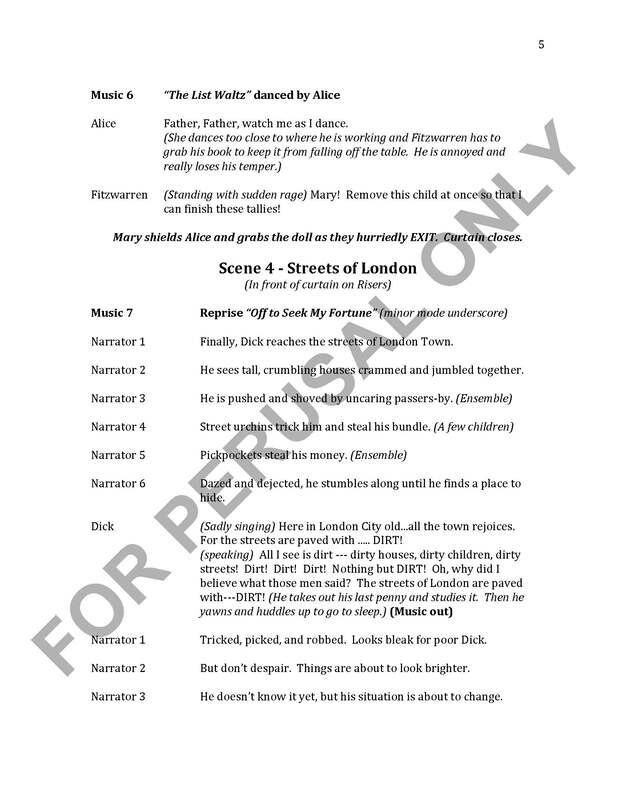 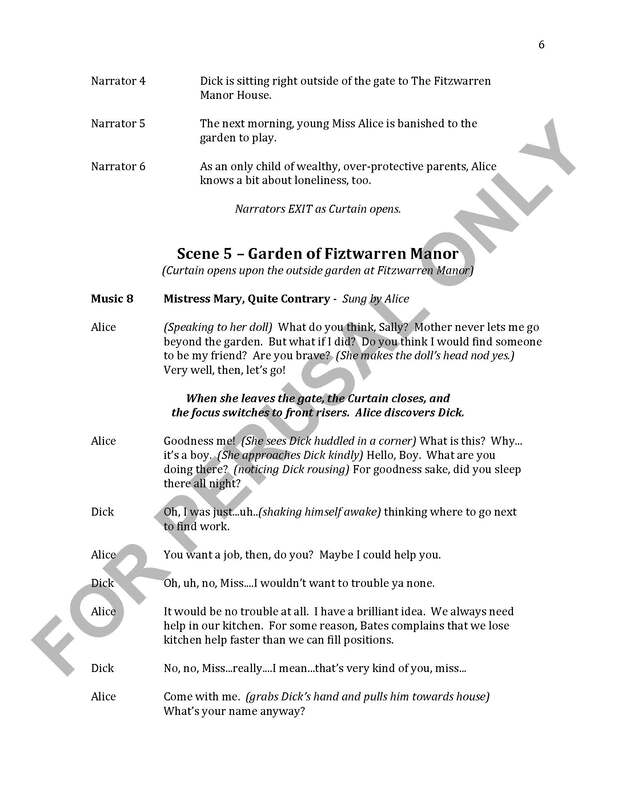 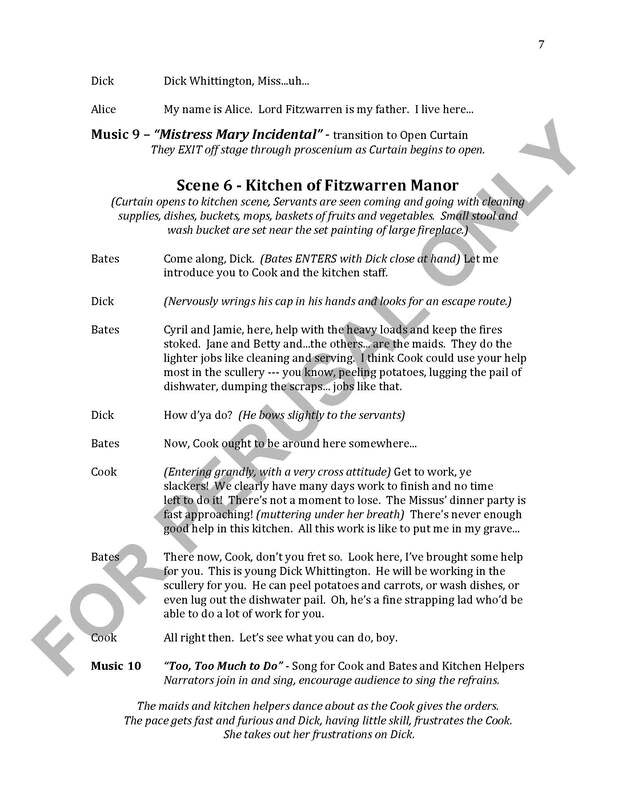 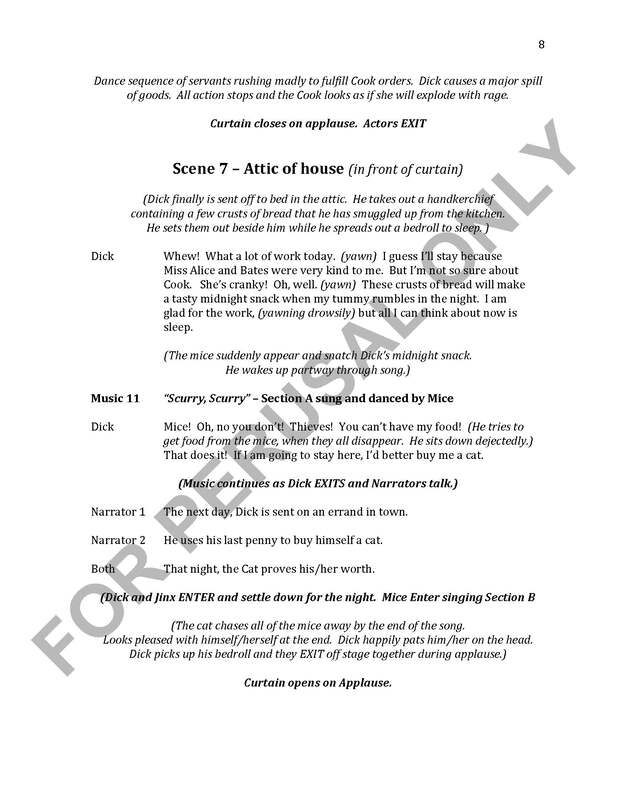 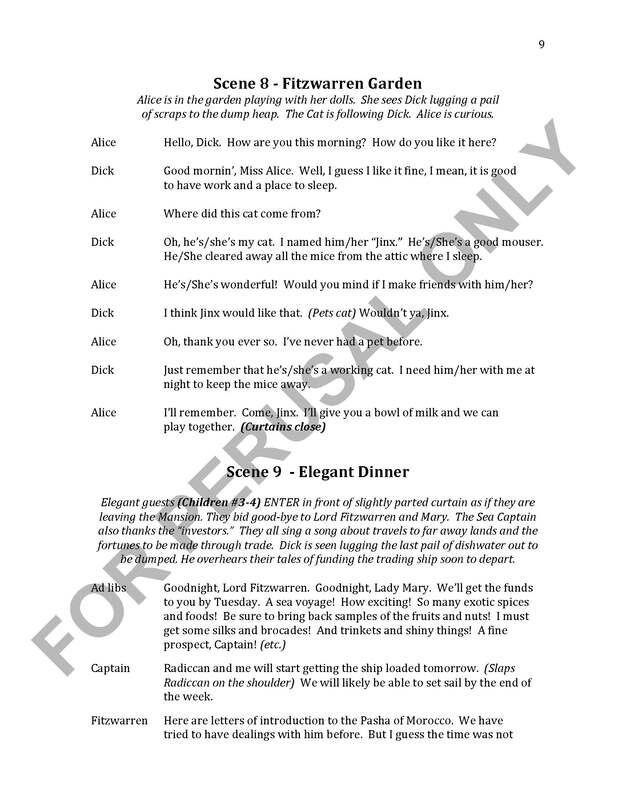 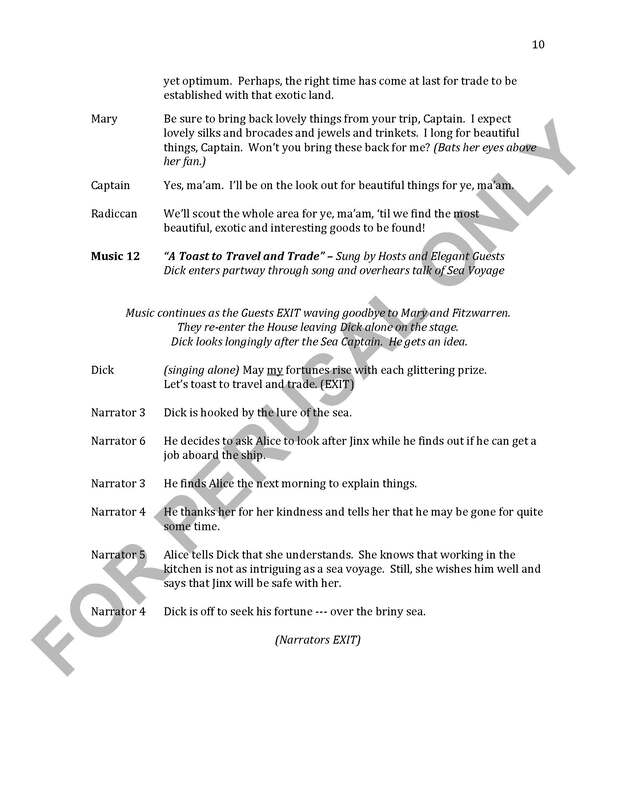 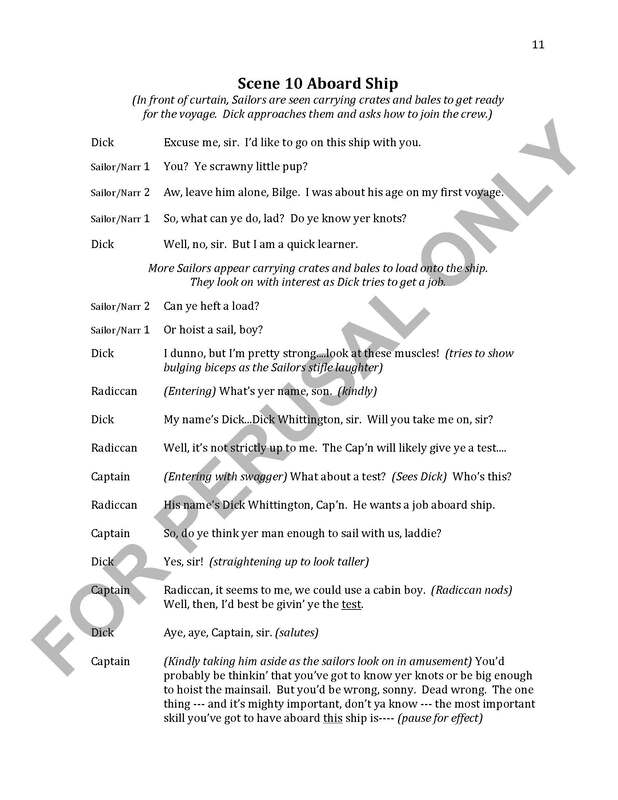 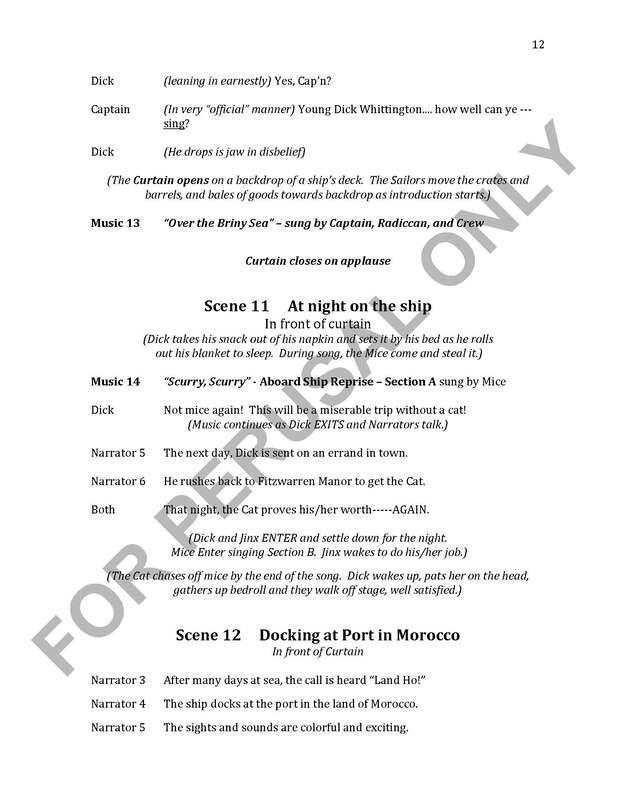 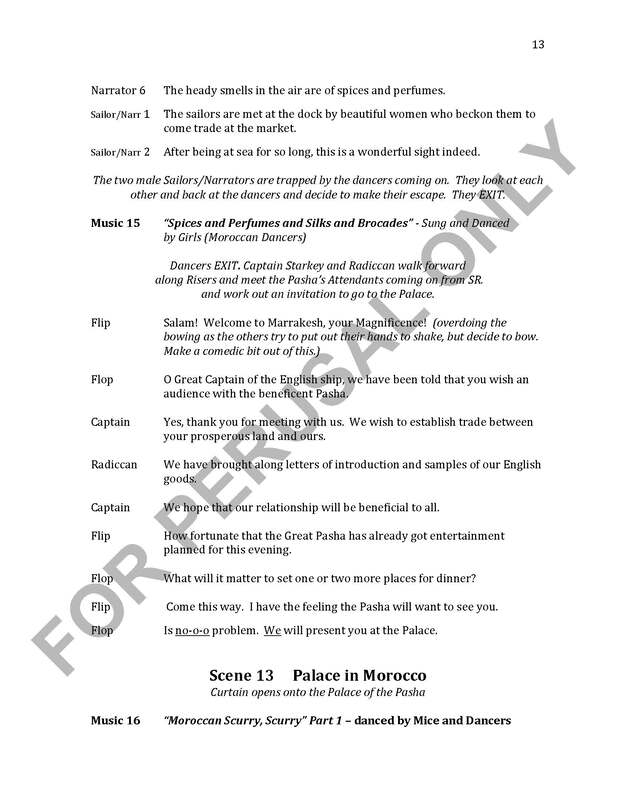 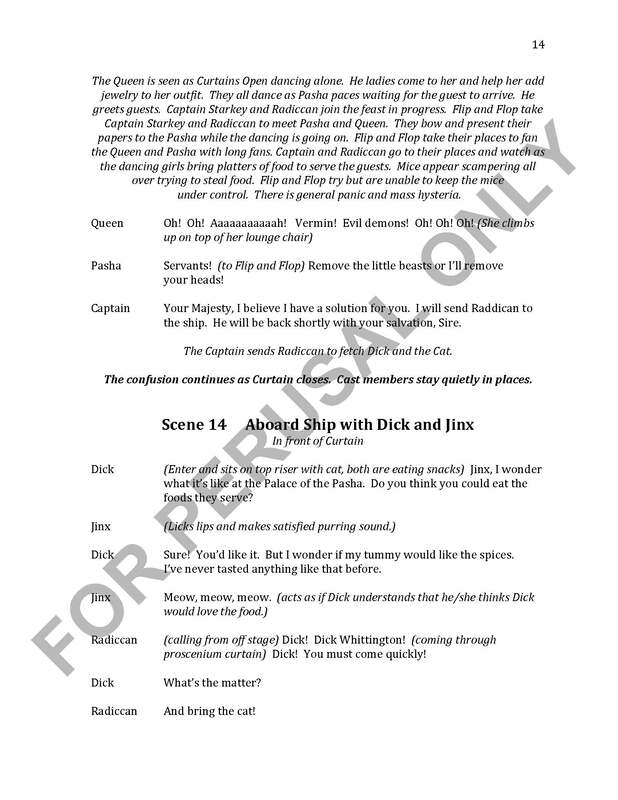 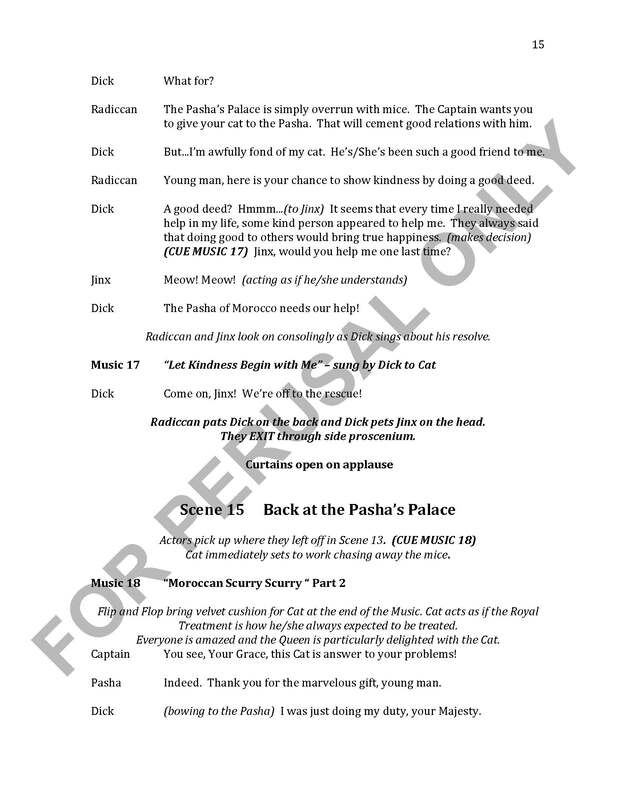 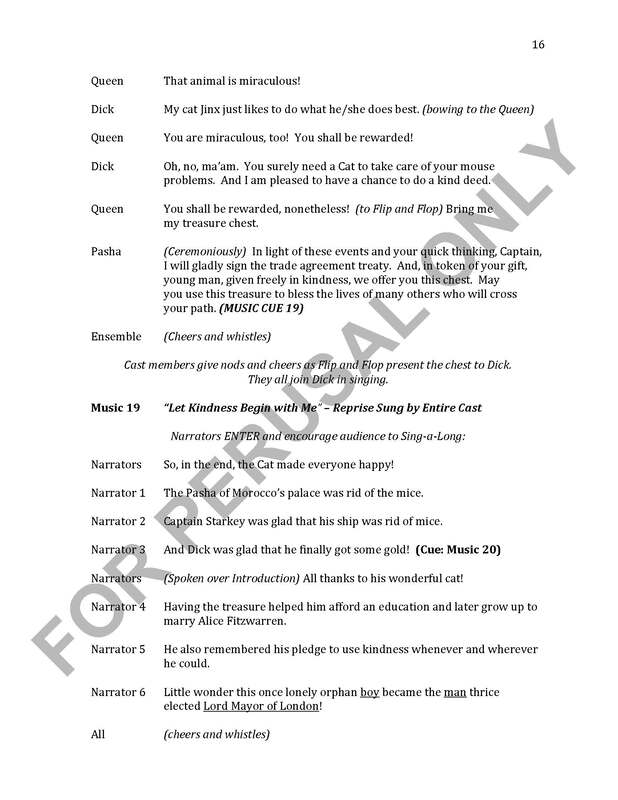 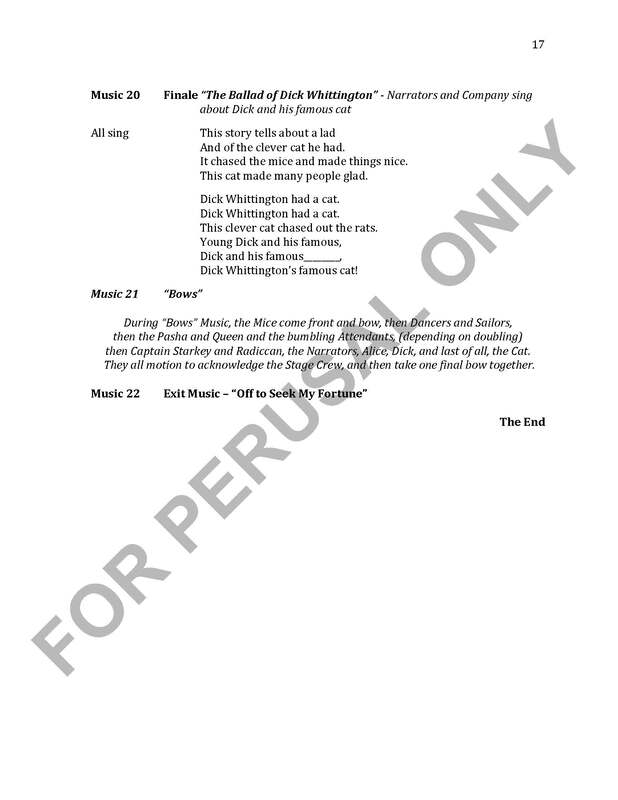 Listen to the Guide Vocals of 12 original songs
* * * * * * * * * * * * * * * * * * * * * * * * * * * * * ​
Old English Pantomime is a famous type of Family Entertainment from the Renaissance Era (1600 AD) that included very predictable elements such as audience interaction with the actors, sing-alongs, and certain stock players.  "The Adventures of Dick Whittington" honors that tradition by including those elements.  The Stock players were the Everyman, the Do-Good characters, the Dame, a Villain or two, the Comic Duo, Musicians (Balladeer Narrators), at least one Funny Animal, and the Love Interest.  (Sometimes the "humor" tended to be off-color and raucous.  This Children's Musical has NONE of that!!!)
Setting: Old England circa 1600

Synopsis:  A young orphan overhears some merchants saying that everyone is rich in London because "the streets are paved with gold!"  He decides to seek his fortune in London, but he finds out that the streets aren't paved with gold.  In fact he has a rough time until the young daughter of a Lord invites him to come to the Manor House to work in their kitchen.  He stays up in the attic where the mice are out of control!  He buys a cat who takes care of the mouse problem in the attic.  Then he learns about an opportunity aboard the Lord's Merchant Ship.  He brings his cat help take care of the mouse problem onboard.  Then he is asked to bring his cat to take care of the mouse problem at the Pash's Palace in Morocco.  It is an amazing cat!  Along the way, he learns the power of giving and receiving Kindness.
Bailey Kids Musicals Copyright 2015