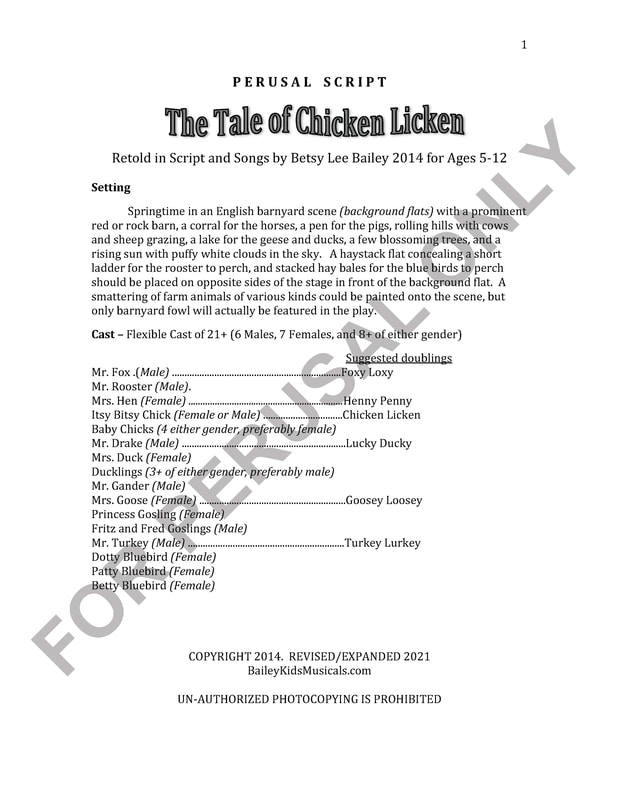 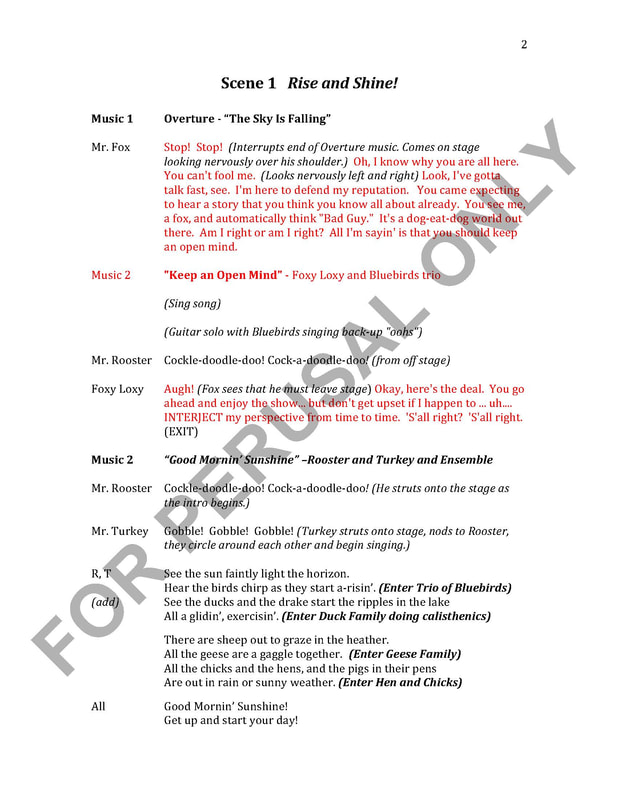 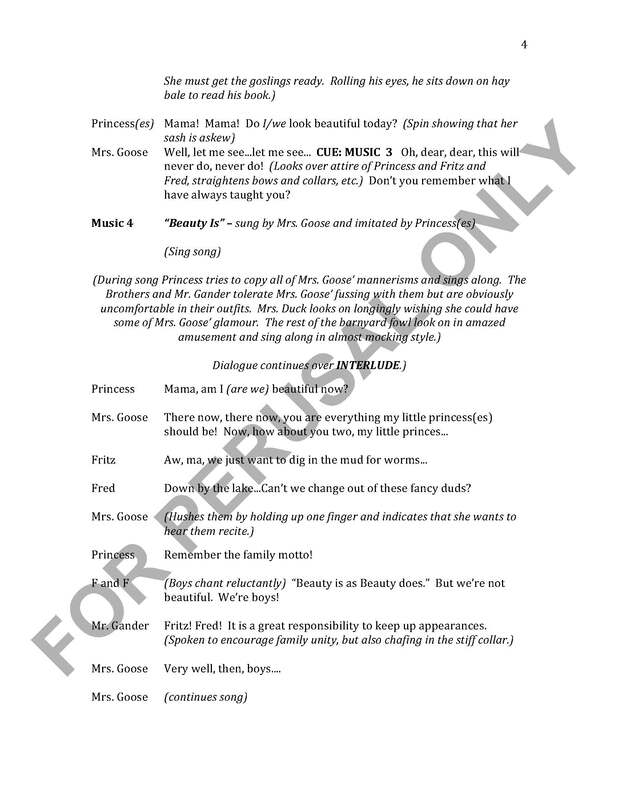 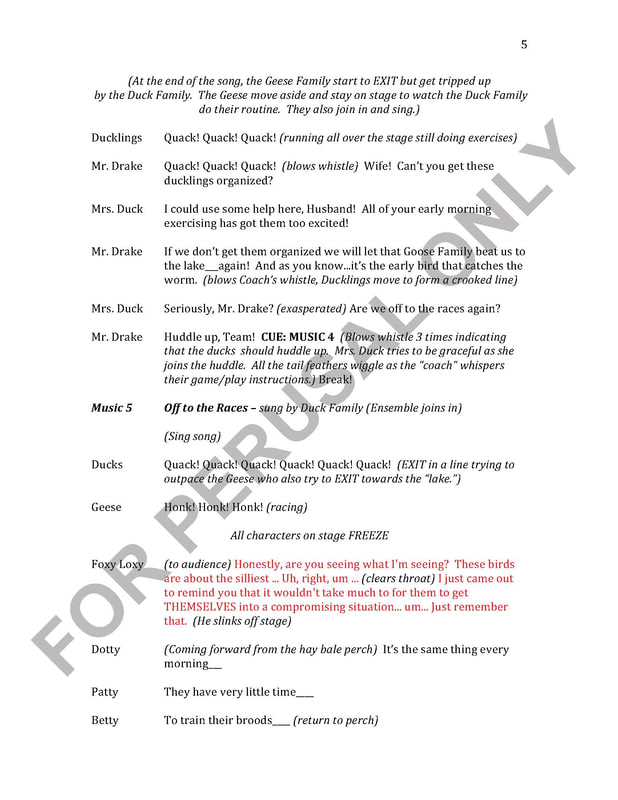 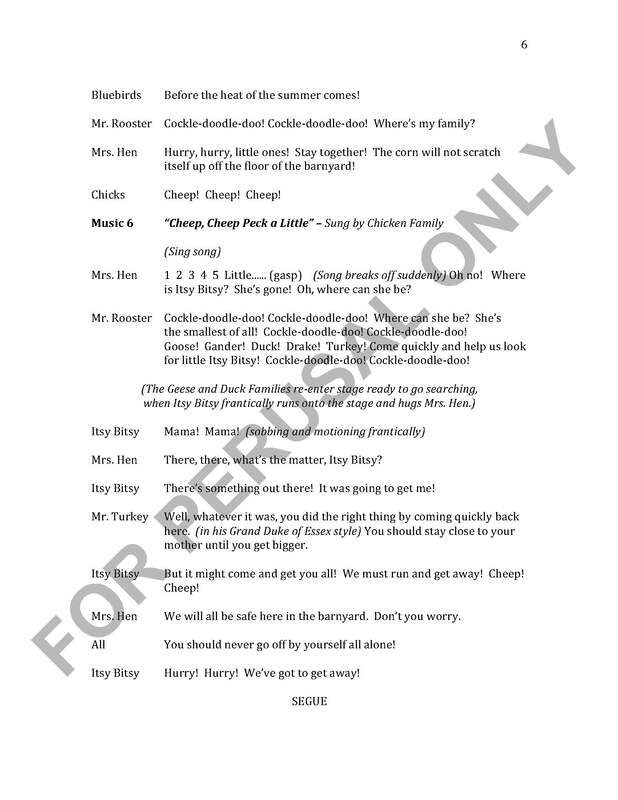 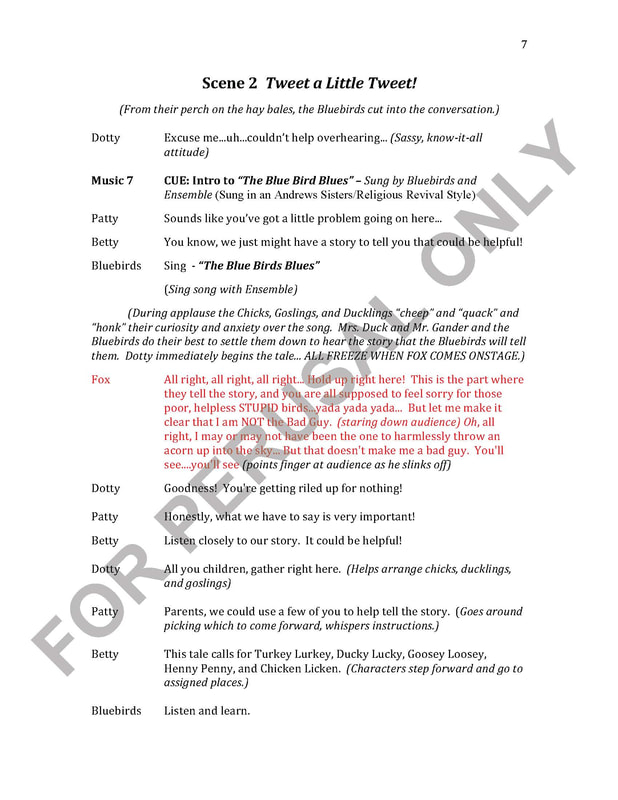 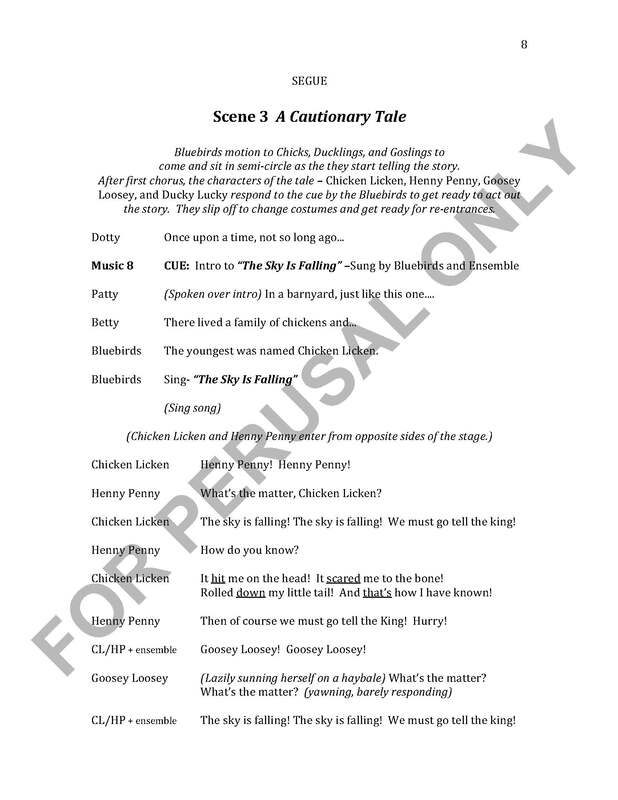 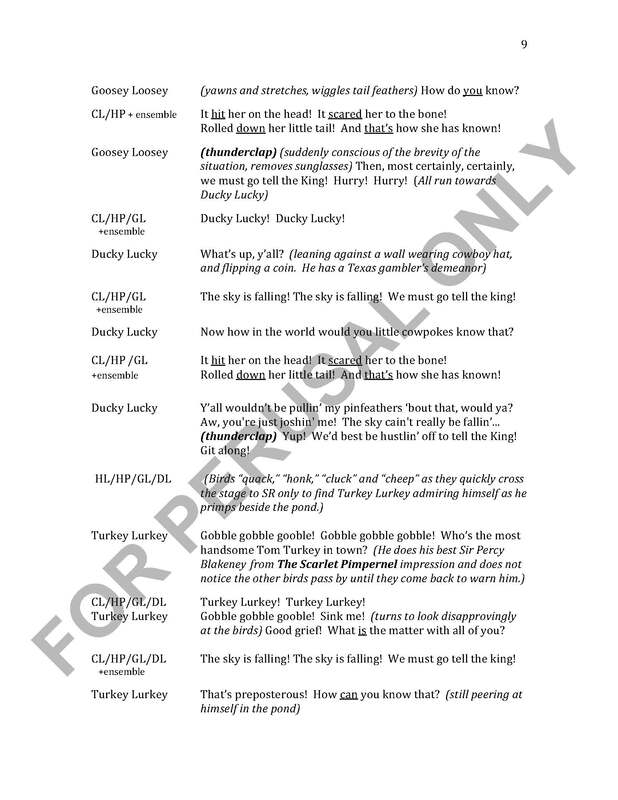 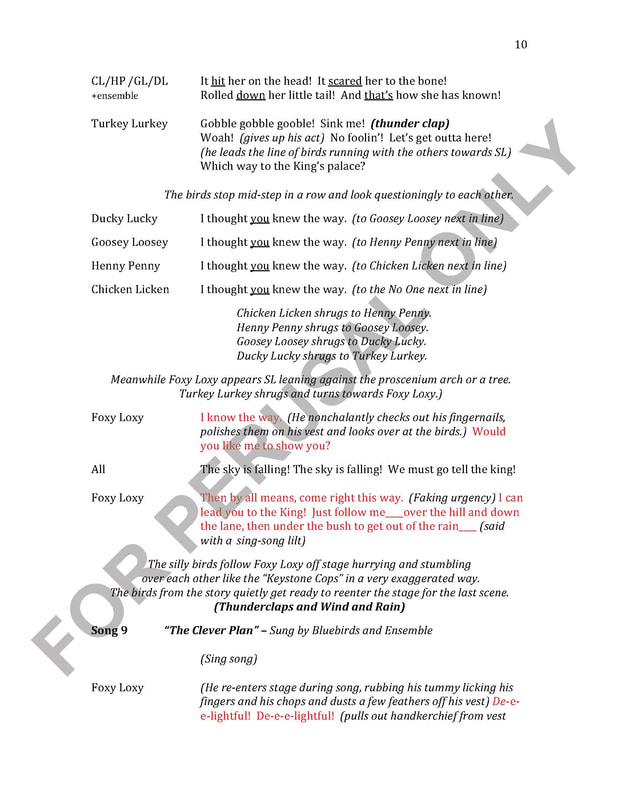 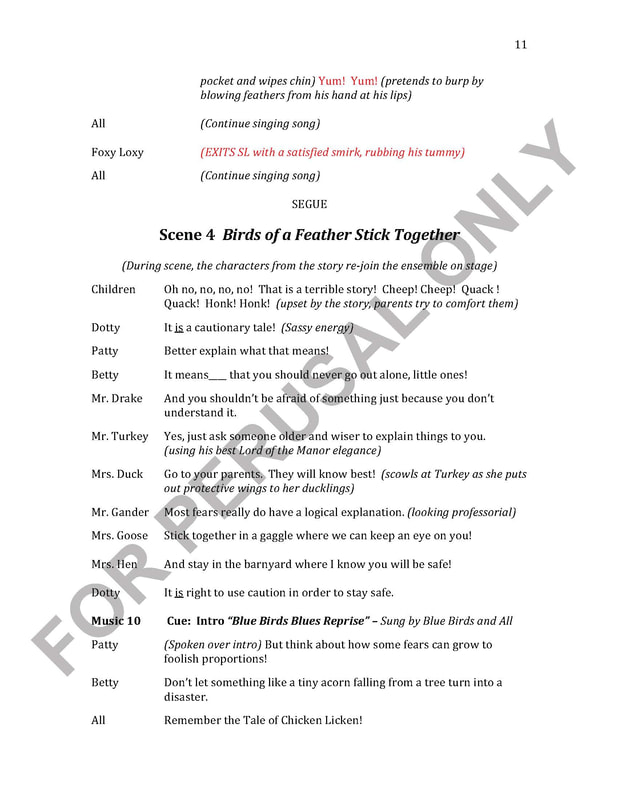 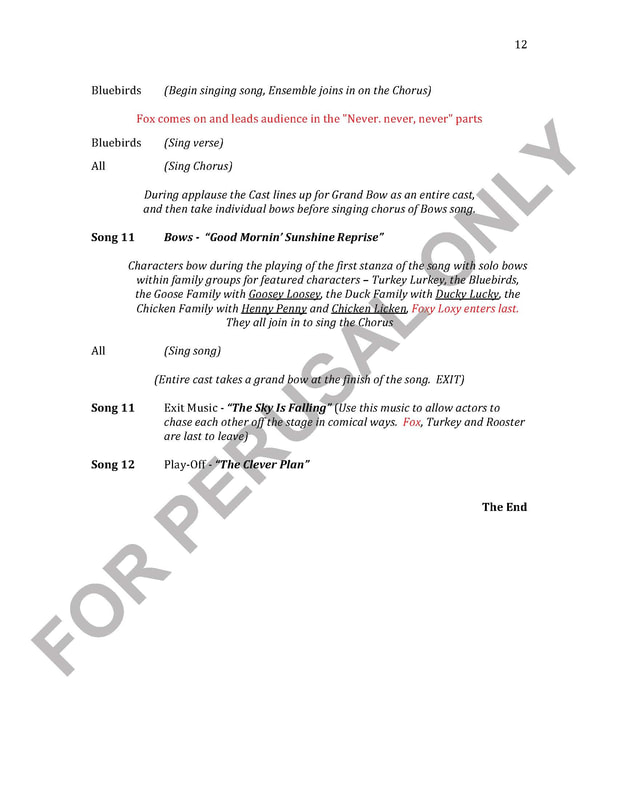 Listen to the Guide Vocals of the 10 original Songs

Synopsis:  One bright, sunny morning, the Barnyard fowl families are going about their daily routines when suddenly the youngest baby Chick gets lost.  After he's found, the trio of wise Bluebirds relate a cautionary tale to warn the youngsters not to go off alone by themselves.  The Fox lurks about waiting for his golden opportunity, and also wants to convince the audience that he is NOT the BAD GUY!  The story of "Chicken Licken" is told in comedy, songs, and dances within the other story.  Moral: Don't let your FEARS get the better of YOU!
Bailey Kids Musicals Copyright 2015