Songs from The Boy Who Cried Wolf - A Tale of Sincerity

A family in ancient Greece has a son who is contrary.  He likes to joke around and have fun.  His parents and people in his town think it is time for him to learn the value of work.  They give him the job of tending the sheep.  They warn him of the dangers of wolf attacks, but assure him that they will be nearby if he needs help.  He finds this job very boring and decides to play tricks on the villagers as a joke.  He learns the value of being sincere when no one believes him as the wolf really attacks. 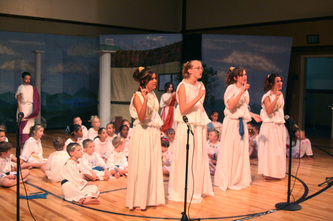 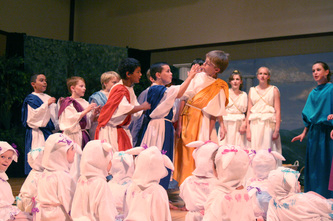 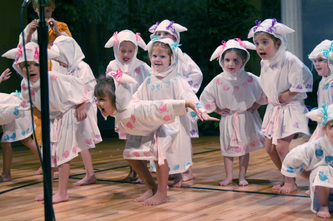 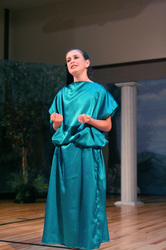 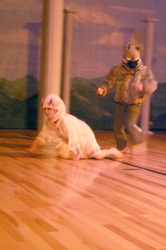 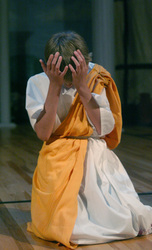